Software companies founded in English-speaking countries are often somewhat insular. With English being the second most-spoken language on earth, it’s often easy to overlook international markets when there is time and expense involved internationalizing their product. But while at least some English comprehension in non-English markets is common, actual English fluency is very small, and only a little over 5% of the world’s population speaks English natively. Keep this figure in mind, think about how something as simple as translating and localizing content can help reach out to the rest of the world, and read on for the top 10 largest non-English speaking markets for software products. 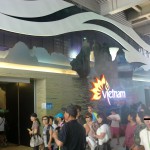 With an estimated 40 million internet users, Vietnam is quickly becoming an information technology powerhouse. The country has a rich history of scientific discovery, particularly in the fields of mathematics, and have most recently been making some serious strides in the fields of robotics and space exploration, launching its own space program and with plans to open the Vietnamese Space Center within the next few years. Additionally, with around 76 million native Vietnamese speakers, there’s a huge potential for new audiences by having software, apps, and websites available in the language.

The people of ancient Egypt provided the world with countless scientific and technological advances, and modern Egypt has kept up with the trend. In fact, the country is in the midst of a sort-of second renaissance of innovation, and aims to modernize research rapidly by opening new institutes and research centers throughout the country. With over 280 million native Arabic speakers worldwide, and nearly 42 million internet users in Egypt alone, Egypt has become the hub of technological progress and adoption in the Arabic world. 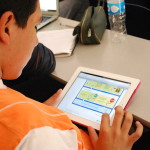 Spanish is the third most-spoken language in the world, and largest population of native Spanish speakers can be found in Mexico. With around 51 million internet users (greater than the entire population of Spain itself), Mexico is the largest source of Spanish-speaking tech users and manufacturers, and has nearly half a million students in electronics engineer programs. In fact, Mexico has is now the second largest television manufacturer in the world (ahead of even South Korea), and has been the single largest producer of smartphones worldwide since 2008.

Germany is well known for its meticulousness and precision when it comes to science and engineering, and so it’s no surprise that it ranks highly in terms of technological adoption as well; nearly 84% of its population uses the internet regularly, and considering the fact that German is the eighth most-spoken language in the world, not targeting a German demographic for software would exclude a pretty sizable chunk of the global population as a whole. 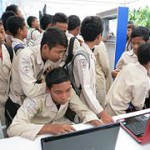 Indonesia is ranked seventh globally by number of internet users, and with a population of over 255 million, that’s a pretty significant number of people on the web. With Javanese and Malay (the two most-spoken languages in the country) both appearing on the lit of the top 15 most-spoken languages by total number of speakers worldwide, Indonesia can’t be overlooked when it comes to marketing software and technology.

Russia has a long history of valuing scientific achievement from the pre-soviet years and through to the present. The country has over 87 million internet users, and since the early 2000s the government has maintained a campaign of modernization and innovation, particularly in the field of information technology. And with over 170 million Russian speakers worldwide, localizing software for the Russian market just makes sense.

Portuguese is the eighth most-spoken language worldwide with over 200 million speakers, and most of those speakers live in Brazil—and over 100 million Brazilians are internet users, making it a key target for software localization. Brazil is also the largest economy in Latin America, and the eighth largest economy in the world, and is predicted to get even bigger in the coming years, possibly climbing even as high as fifth. 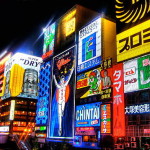 Japan is a world leader in scientific research, consumer electronics, and robotics (in fact, Japan is home to more than 20% of the world’s industrial robots), and after the United States and China, Japan has the third largest national economy in the world. And with over 85% of its population of nearly 127 million on the internet, Japan is the fourth most connected nation on the planet, and a huge market for software products.

India’s rapid modernization and massive population are certainly nothing to overlook when looking at international software markets. And although only a little over a third of its population currently uses the internet, that’s still over 402 million people—and growing. In fact, India’s telecommunications industry is the fastest growing in the world, adding over half of that number of 402 million users in just the years from 2010-2013 alone. Additionally, India is the third largest smartphone market in the world, after only China and the United States. 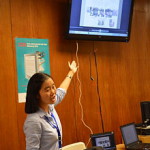 It should come as no surprise that China, the world’s most populous country with over 1.35 million people, is also the biggest non-English market for software products. And most impressively, nearly half the country (over 668 million people) use the internet, making it the world’s largest source of internet and broadband users, and accounts for 24% of internet-connected devices worldwide. China also is a huge spender when it comes to technology, with around $163 million spent on scientific research and development in 2013 alone.

Software Localization – Why is this Important For Your Business?